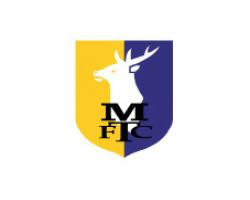 Mansfield V Torquay - view commentary, squad, and statistics of the game live.Stags wait on duoMansfield will check on Darryl Westlake and Chris Clements ahead of the visit of relegation-haunted Torquay.Full-back Westlake was substituted at half-time during the defeat to Cheltenham with a hamstring injury while midfielder Clements missed Monday's match due to a knee problem

Both players have undergone scans with Stags boss Paul Cox awaiting the results before finalising his plans for the weekend.On-loan goalkeeper Lewis Price will continue between the posts as Alan Marriott (dislocated finger) and Ian Deakin (thigh) remain on the sidelines.Torquay have Jayden Stockley available again as they look for the victory needed to keep their faint survival hopes alive.The Gulls are five points adrift of safety with just two games to go but their 2-1 victory at locals rivals Exeter has kept Chris Hargreaves' men dreaming of the great escape and the Torquay boss can call on Bournemouth loanee Stockley again after he served his three-match ban.Fellow forward Ashley Yeoman struck the winner at St James Park and he will hope to be given the nod from the starting line-up in place of Elliot Benyon while Billy Bodin looks set to miss out once more having limped out of their loss to Dagenham.Daniel Sullivan has returned from his loan spell at Bideford to give United extra attacking options and he could be included on the bench