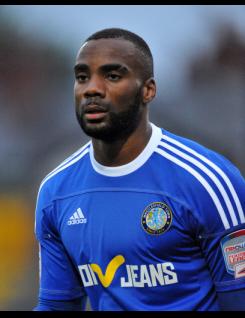 Mansfield Town boss Paul Cox has confirmed that Emile Sinclair is one of his targets as he looks to bring in a new striker.

Sinclair joined from Leicester City previously in 2008 and scored four goals in 10 matches.

He recently joined Crawley Town in league one, but is now struggling to get into the side.

The 26 year old has scored four goals at that level in 19 appearances, but is now deemed surplus to requirements.