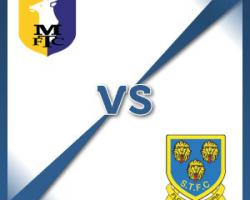 Mansfield V Shrewsbury - view commentary, squad, and statistics of the game live.No new worries for StagsMansfield have no new problems as they prepare to host title-chasing Shrewsbury.Stags boss Adam Murray made five changes at Southend on Friday following the 4-1 home defeat to York but, despite a 2-0 loss to the Shrimpers, wholesale alterations are not expected on Monday.Rakish Bingham, Billy Kee, Jamie McGuire, Michael Raynes and Ryan Tafazolli were the men to make way for the trip to Essex and they will be hoping it is not long before they are back in the starting line-up

Alex Fisher and Matt Rhead are also options for Murray.Winger Junior Brown remains unavailable as he serves the third game of a four-match suspension.Shrewsbury skipper Liam Lawrence is expected to retain his place after shrugging off illness to feature in the 2-0 win over Dagenham on Good Friday

Despite the midfielder being classed as a huge doubt after missing training throughout the week, he was passed fit and helped the second-placed Shrews to reduce leaders Burton's gap to one point.Tyrone Barnett and Andy Mangan both made substitute appearances against the Daggers and are options if boss Micky Mellon opts to make changes in attack