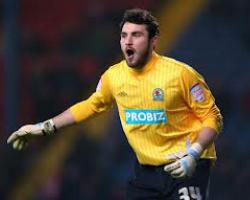 Mansfield Town have moved to sign keeper Jake Kean on loan from Sheffield Wednesday in a deal that will last until the end of the season.

The 25 year old, moved to the Owls in the summer of 2016 but has found it difficult to break into the first team.

It throws into question the future of current Stags number one, Scott Shearer, who has been the subject of recent criticism from the Stags at the One Call.

Kean was a vital member of the Blackburn Rovers team in 2012 as they bid for a quick return to the Premier League following relegation the year previous, before moving to Hilsborough.

With Brian Jenson moving to a more coaching role in the background, it is Shearer who looks most at risk with this move for Kean.